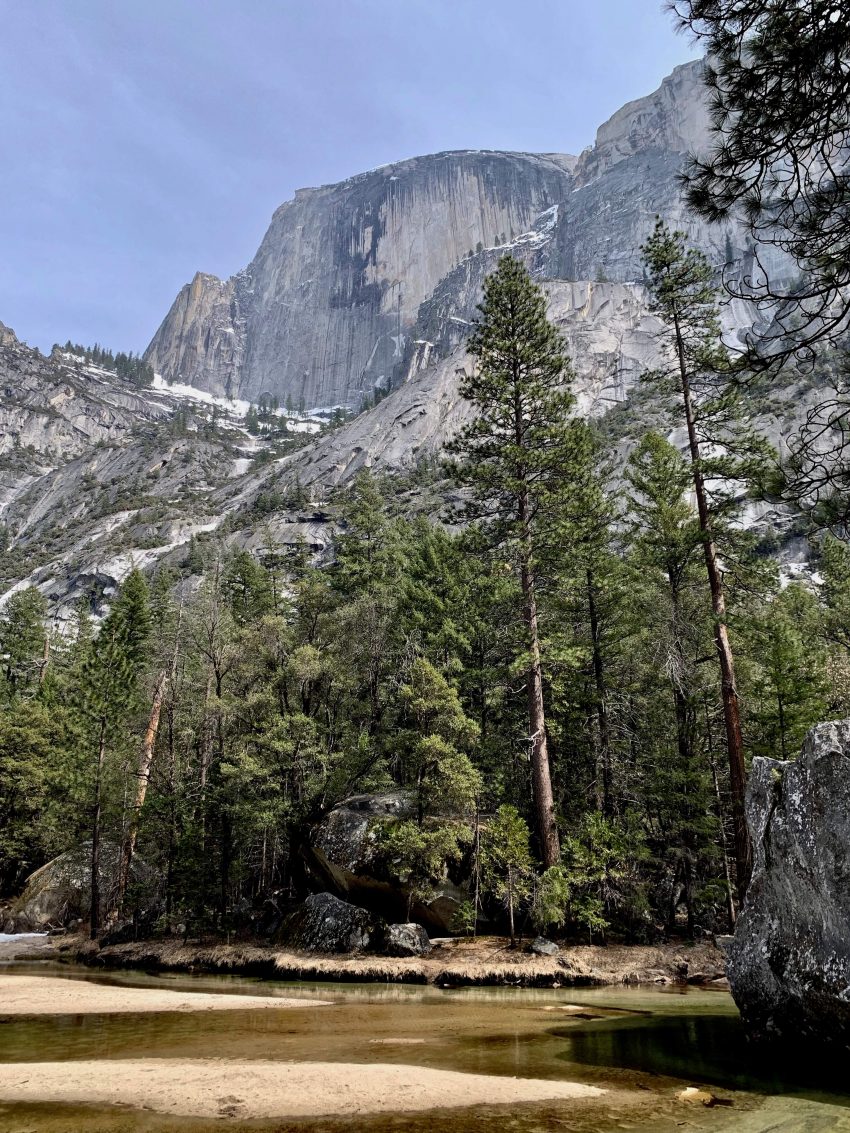 Yosemite has been on my bucket list since the beginning of time. I feel so fortunate that Dave and I were recently able to go there for a few days. It was an absolute dream come true just to be able to drive through the gates into the park. This was the third national park that we have visited and it was even more beautiful than I had imagined! Visiting Yosemite in spring definitely had its advantages and disadvantages.

When we visited Yosemite, we flew into San Francisco and spent a couple of days there before making the 4-hour drive over to Yosemite. It was the end of March when we visited, so definitely not prime season.

Naturalist John Muir (1838-1914) was instrumental in getting the land designated as a national park in 1890. He is considered the “father of the national parks,” and is one of the foremost reasons that we have National Parks and National Forests today. Muir spent a lot of time in Yosemite and towards the end of his life he wrote an entire book about the park – The Yosemite.

Check out this post for more pictures of Yosemite along with some of my favorite excerpts from John Muir’s The Yosemite.

Advantages in Visiting Yosemite in Spring

Some of the advantages of visiting Yosemite in March include less crowds, and you are pretty much guaranteed that the waterfalls will be absolutely amazing. By the end of March, lots of the snow that accumulated over the winter has begun to melt ensuring that all the waterfalls will be full and flowing. A lack of peak-season crowds means that the viewpoints that are open are not as crowded. The next picture is from “Tunnel View” point. It was absolutely breathtaking.

Disadvantages of Visiting Yosemite in Spring

The list of disadvantages of visiting in March includes not-so-great weather and colder temperatures (obviously), along with muddy/snowy conditions. It was kind of a hot mess (or I guess technically a cold mess lol). Some of the roads and trails with the most beautiful viewpoints are actually closed this time of year as well since there is still quite a bit of snow at the higher elevations.

When we initially booked this trip, I didn’t realize the extent of the closures that are in place this time of year. Some of the trails I was hoping to check out were actually inaccessible. This includes Four Mile Trail to Glacier Point, as well as Taft Point and the Fissures. Glacier Point is considered one of the park’s very best viewpoints, so naturally it was a little bit disappointing to not be able to check it out.

At some of the higher elevations, there is still quite a bit of snow this time of year as well. The Airbnb that we rented was near the Badger Pass ski area (around 7200 ft above sea level). These are pictures of the snow on the side of the roads. Crazy! The snow had to have been 6-7 feet high in some places!

All this to say, I would love to plan a return trip during summer to check out areas of the park that were closed while we were there! Have you visited any of our US National Parks? What destinations are on your bucket list? Leave a comment below!

Jennifer Froese
🌿 Living a slow, simple life in our 1832 farmhouse | western ny | the secret to having it all is knowing that you already do ✨

Can't wait until the view out of the pantry window

Here's a little sneak preview of what I've been wo