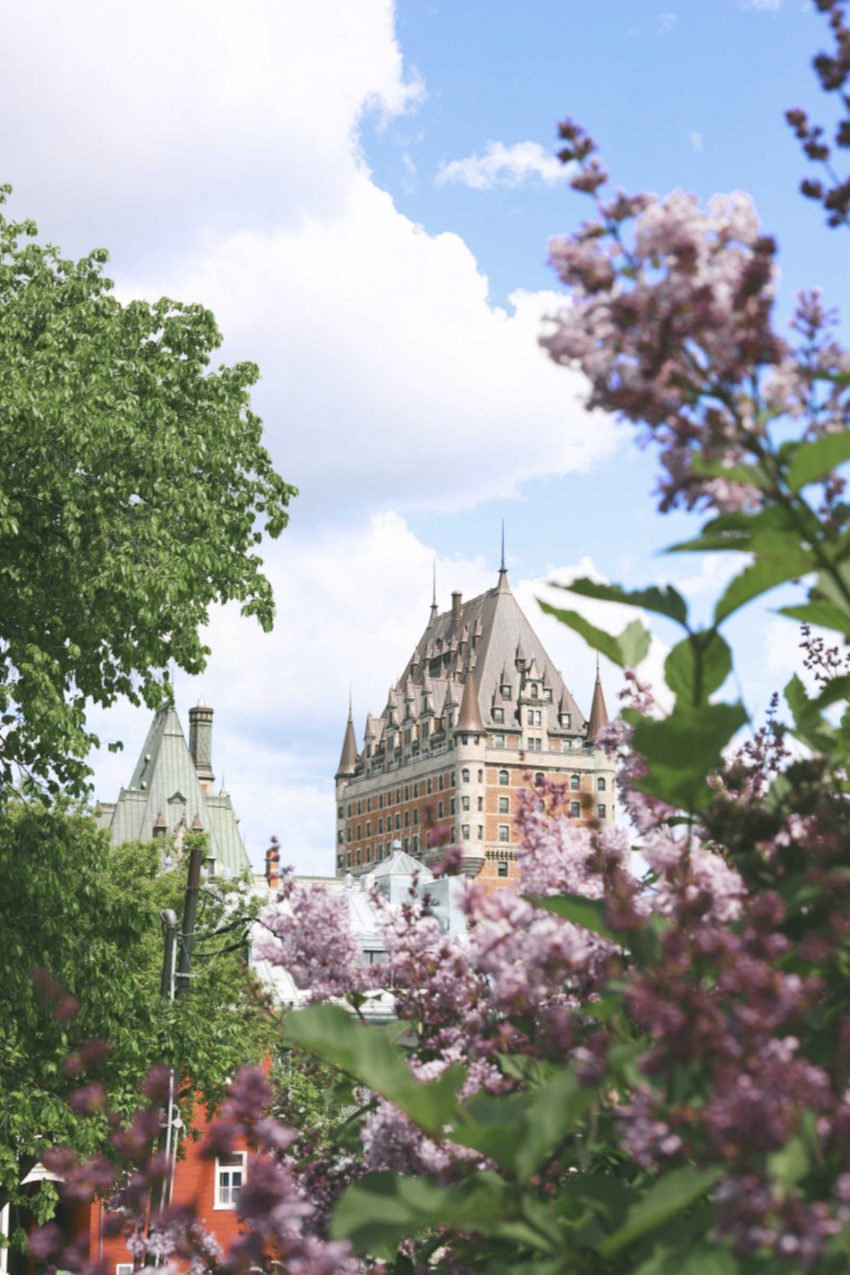 Quebec City is located on the St. Lawrence River and is the capital of the province of Quebec, Canada. The origin of the name Quebec is quite interesting. It actually stems from the Algonquian word “Kébec” which means “where the river narrows.” The greater Quebec area was originally inhabited by several different Algonquian-speaking tribes.

Quebec is dominantly a French-speaking province because the French settled there in the 1500’s. The city was officially founded in 1608 by the famous French explorer Samuel de Champlain. None of us who went on this road trip knew much French, but thankfully many people in the city speak both French and English and we were able to get by.

Quebec City is also the only city in North America that has fortified city walls that are still standing. It’s actually listed as a UNESCO World Heritage Site. “Old Quebec” is located inside the city walls, and it is exactly what you would expect – narrow cobblestone streets lined with ancient stone buildings. Old Quebec is known for its distinctly old-world European charm. Outside of the city walls is the larger, modern part of Quebec City.

I haven’t been to mainland Europe yet (we did go to the Azores last summer), but I like to think that some of these streets would look right at home in Paris.

We were recently able take a summer road trip up to Quebec City and stay for a few nights. We spent most of our time in the old city, and stayed in an AirBnb within the city walls. The seafoam-colored house below was the one that we rented!

The road to get to our house was barely wide enough for one mid-size car, and the front doors of many of the houses opened up directly onto the narrow road. The construction and layout of many of the streets were a reminder of an era when cars didn’t yet exist.

The most famous attraction in Quebec City is probably the beautiful Fairmont Le Château Frontenac. At 260 feet tall, and with 18 floors and 611 rooms, the enormous hotel looms over everything else in Old Quebec. It definitely dominates the Old Quebec cityscape from almost every angle.

One night we visited the nearby Parc de la Chute-Montmorency, and they even had their own bee hives!

And last but not least the doors! They should probably get a post all to themselves. This doesn’t even scratch the surface of all the door pictures I took while we were there!

We had such an amazing time in Quebec City and would definitely recommend it to anyone who is considering a trip there!